Earlier this week Auzom announced via Twitter each of the invitees (in North America and Europe) for the upcoming Auzom Premier League - Season 2. With all invitations set, the APL S2 Qualifier event has been set and registration's begin tomorrow!

The Auzom Committe nominated a total of 33 teams (17 NA, 16 EU) to participate in APL S2, while also automatically advancing the top 12 teams of Season 1 (in each region) into the league. Leaving the remaining teams, a total of 12 positions (per region) to battle for in an online qualifier set to be played on January 7th, 2018; Making it the first PUBG tournament of the new year! 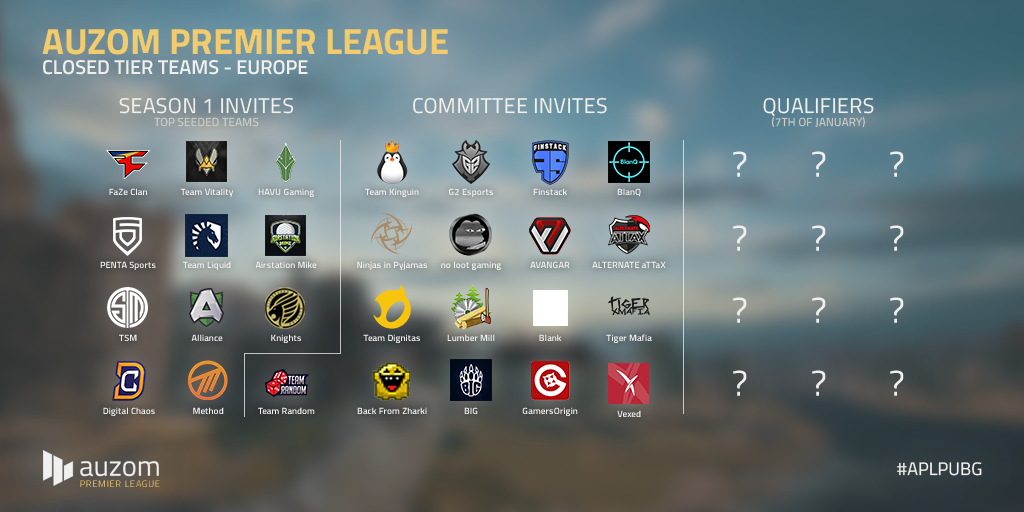 We are now able to confirm the schedule and bring you more details about the format! There will be 6 rounds played across a maximum of 4 different lobbies per region, with the top 3 per lobby qualifying into the APL! In the event of there not being 4 lobbies, the number of teams qualifying per lobby will be adjusted so that a total of 12 teams per region qualify. All of the lobbies will be randomly seeded. You can see the full details of the schedule for each region in the image below. 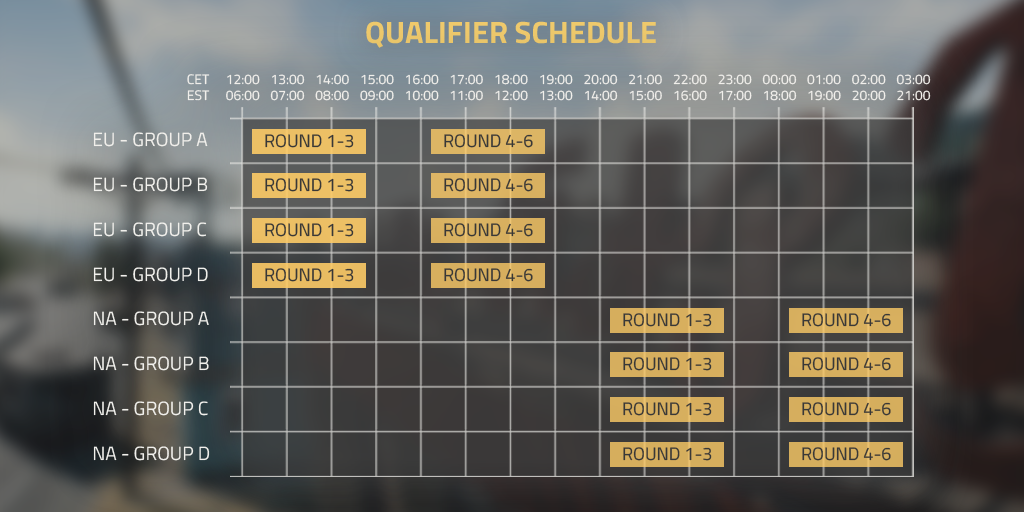 The article continues explaining details about the event rules and scoring systems, as well as stating that Erengal will be the only map played during the qualifiers:

This means that we will be using a 1.5x AR multiplier, 0x for cosmetics, the red zone will be disabled, the circles will be default, and we will be using our updated scoring system. The qualifiers will only be played using the Erangel map.

Qualifier Registrations open tomorrow January 2nd and will accept a maximum of 80 teams per region on a "first come, first served basis". The event sign-ups will close on January 4th at 8PM CET/8PM EST for EU & NA respectively, with the final lobbies being announced on January 5th.

Joined 3 years ago
About The Author:

I am a full time developer and aspiring entrepreneur with a long love of competitive gaming and everything eSports. Founder & Developer of FastFrags.com and KushCupid.com (Legacy Projects Include: CEGL.net, cSports.com, SurvivalOperations.net and D2Asylum.com).