Get Your First Look At Fortnite's New Map Update

Fortnite Battle Royale is set to massively expand later this week with a new update which includes a handful of new locations for budding players to explore (and destroy)!

Epic is adding five brand new locations to the western portion of the map in the upcoming week, including a town and an underground system of mine shafts that has been designed specifically for those sneaky close-quarters situations.

Tilted Towers is an expansive city with plenty of buildings - some of which are six or seven stories in height - though in circumference it's similar to the size of Greasy Grove. The extra height, according to designer Sidney Rauchberger, will add more variety and a different dynamic to gun battles. "You can try and own buildings, and there’s building to building combat. And because the buildings are large, there’s a lot of close quarter combat inside of those buildings," he told PC Gamer.

Shifty Shafts is the aforementioned network of mine shafts. It's a "medium-sized underground mine," according to Rauchberger, "that's going to have a lot of claustrophobic, closed-quarters shotgun battles. It's dark and more frantic."

Check out the new map in full below to see each and every of the new locations you'll be able to explore in the next few days - including other new areas such as Junk Junction, Snobby Shores, and Haunted Hills. 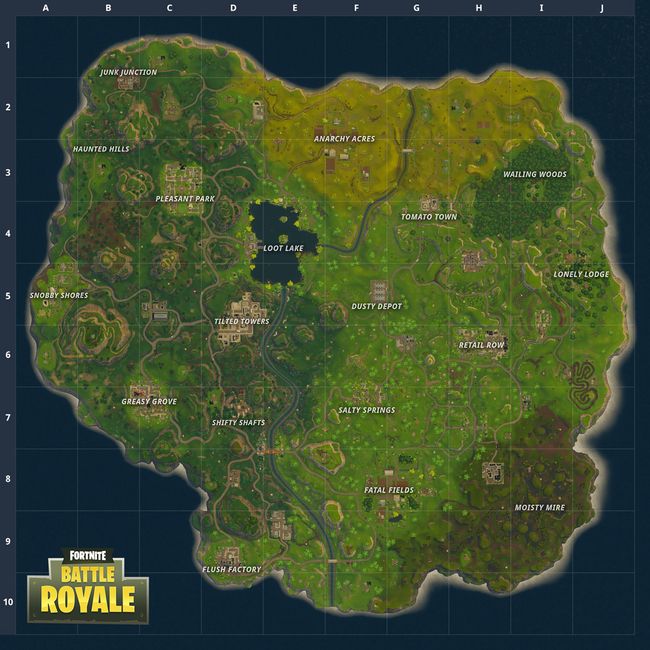 "[Before], everything had a similar green tone, and we wanted to spruce that up. So we added different biomes. We now have a mountain region, a farm region, a swamp region, and the old grass look is in a smaller part of the map. It’s like night and day."

Keep your eyes peeled later this week for this exciting new development in Fortnite Battle Royale!

Joined 3 years ago
About The Author: